We were very concerned about our travels down the New Jersey shore.  It was the first open ocean cruising we have really done.  The New Jersey shore is about 100 miles long from Sandy Hook NJ to Cape May New Jersey.   Everyone had warned us to be careful when we made that transit.

The ICW (Inter coastal Waterway) is to shallow along New Jersey so it all must be done offshore.  We also learned that most of the ports that we could use were very shallow and poorly marked.  So we had to be cautious even to go into any bays along the coast.  We went aground in Barnegat Bay but thanks to some help we got off and anchored out.

We got up early Friday morning in an attempt to get all the rest of the way to Cape May in one day.  It was a long way about 65 NM and we were concerned about daylight running out.  One of the difficult things about this late in the season is we have gone from 15 hours of daylight down to about 12.  At 6 knots 3 hours of daylight translates into a lot less miles per day.

Those were our notes and thoughts about this transit.

The good news.  The weather was perfect both days of our ocean exposure.  The second day we traveled down the coast from Barnegat Bay to Cape May in perfect conditions.  We motored averaging 6.1 knots with calm seas and light winds of 5 knots.

About half way to Cape May we passed Atlantic City.

The rest were the Atlantic City towers.

I realized that we were passing the Monopoly Yellow Group.  Along the shore in New Jersey is “Atlantic City”, Ventnor , and Marvin Gardens.  Well an interesting fact anyway.

This also presented a couple of new experiences for us as well.

I caught my first fish from Adventure at least that was not just bait.  They are Bluefish and are about 12 inches long.  They have to be quick as I was trolling behind Adventure at 6 knots.

We had to catch 2 for supper last night.  We only caught what we felt we could eat.

When it came time to filleting them we realized that we only had a small cutting board.  Tam was thinking quick though.  She went below and took the bottom out of her Aldi’s bag and it worked perfectly.  So Emmett your real has now caught fish.

Our galley is a little small so Tam has to do everything.  But what a feast.

We only have a 2 burner stove so it was a bit challenging.

So we had Bluefish, Asparagus, and Rice Pilaf.  Wow fit for a King and Queen.  You can be assured that the rod and reel will be coming out again.

While we were traveling I saw our first Dolphins surface about 150 feet from the boat.  What a thrill.  Tam didn’t catch site of them as they only surfaced once and very quickly went back down.  That’s okay as there will be many more opportunities.

So quite a list of accomplishments for open Ocean water. 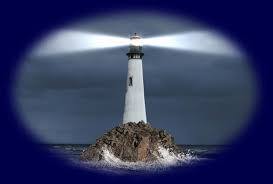 One thought on “Barnegat Bay NJ to Cape May NJ.”