It was an interesting trip from the Erie Canal and Waterford to Castleton NY.  Many new sights along the way especially large barges, the Erie was mostly recreation and dredge barges, on the Hudson it includes freight barges up to Albany NY.

They are much bigger and more barges than I expected.  There were also some large ocean going ships off loading. 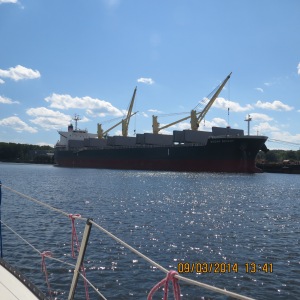 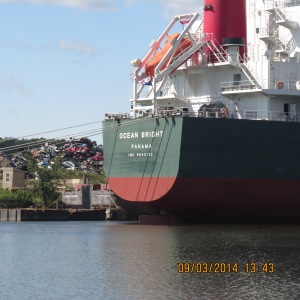 This one was registered in Panama.  I wonder who owns them?

We saw this naval vessel.  We are not sure of the name but it had some serious guns on it. 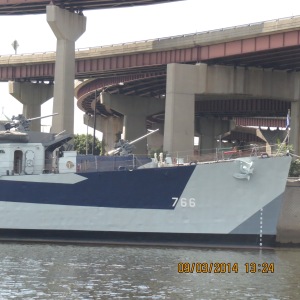 This is a lift bridge you have to contact 24 hours ahead of time before they will lift it.  It has 4 lanes of traffic and is just outside of Albany. 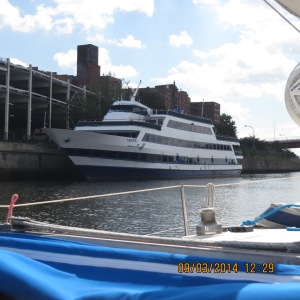 Then there is the occasional luxury yacht.

It was only about 18 miles from Waterford to Castleton but here we are in Castleton getting ready to step the mast. 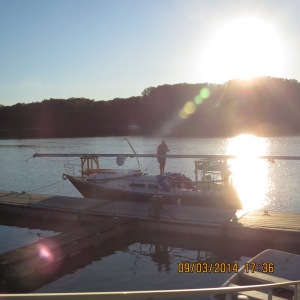 We will be stepping the mast this morning sometime.  We are doing it ourselves.  The marina won’t help for insurance reasons.  Fortunately a fellow we met in Waterford brought his boat down to step his and he is going to help Tammy and I step “Adventure” today.

A salty cruising boat pulled in to dock, and a stunningly beautiful woman stepped off with a parrot on her shoulder.

“Where did you get that?” asked one of the dock rats.

“Met her online,” replied the parrot.